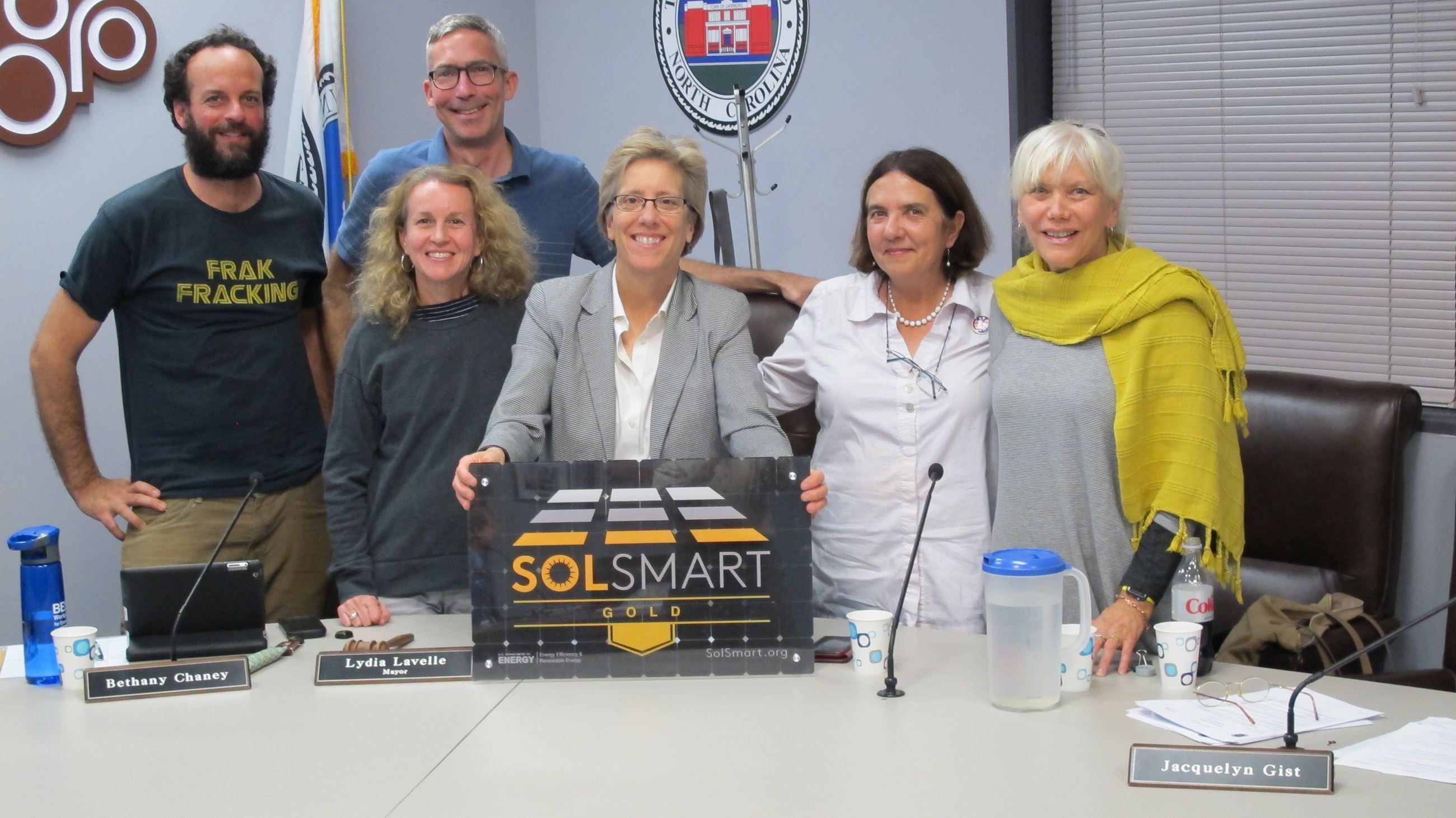 In the summer of 2016, Chapel Hill and Orange County staff invited Carrboro staff to look into participation in the SolSmart program, a national recognition and no-cost technical assistance effort to help local governments drive greater solar deployment and make it possible for even more homes and businesses to access affordable and renewable solar electricity. SolSmart is funded and administered under the U.S. Department of Energy SunShot and Solar Powering America by Recognizing Communities (SPARC) initiatives. The program primarily seeks to address “solar soft costs,” or business process or administrative costs that can increase the time and money it takes to install a solar energy system — costs which are then passed on to solar customers. Local government procedures such as permitting, planning, and zoning are the source of some soft costs. The program is intended to provide high-profile, national recognition for communities that have made it cheaper and easier for solar customers to invest in solar energy. In addition, achieving designation sends a signal to solar companies that a community is “open for solar business”. A key element of the program is hosting a SolSmart Advisor – fully-funded, experienced staff recruited to help communities achieve designation. Advisors evaluate existing local government programs and processes and apply industry-leading best practices . In 2016, the 3 local jurisdictions jointly applied for an advisor and at the start of 2017, SolSmart chose the North Carolina Clean Energy Technology Center (NCCETC) to serve as the advisor to Orange County, Chapel Hill, and Carrboro, with the work period ending in mid-July. 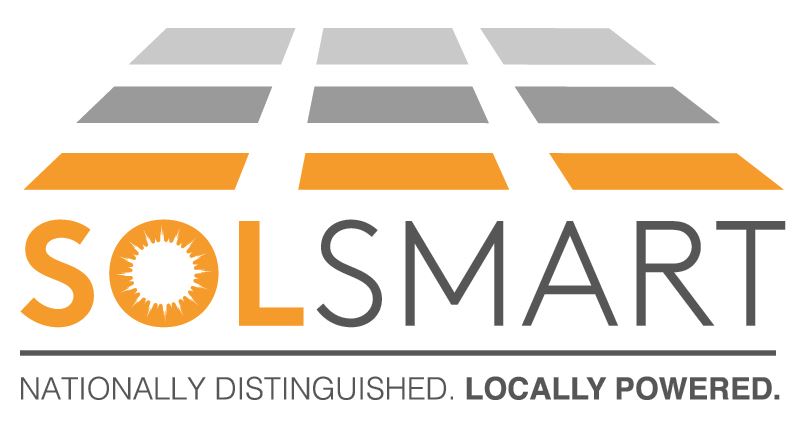 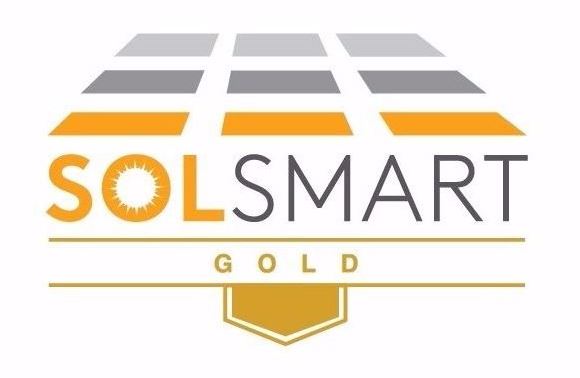