The Carrboro Fire-Rescue Department has a long and proud tradition of protecting the citizens of Carrboro and surrounding Orange County. Along with the Town of Carrboro itself, the department traces its origins back to the early 20th century. It's earliest roots as a volunteer organization are found in the late 1920s. In those days, the department had little more than the dedication and good will of its members to survive on as opposed to firefighting equipment!

According to an August 12, 1984, article by Dan Leigh of The Chapel Hill Newspaper, in the 1920s and 30s the department had little more than a hose reel that was run on foot to a fire by the firefighters themselves, as there was no fire truck in the department. Similarly, the volunteers had no gear for protection: no masks, helmets, coats, pants, and much of the other equipment we take for granted in our department today.

Our earliest official record of a Carrboro Fire-Rescue Department is a 1927 document (PDF) from the North Carolina State Firemen's Association. At that time, the department membership consisted of 22 persons, including Chief Bill Moser and Assistant Chief Dwight Ray. See an image of the document listing all the members from 1927 (PDF). Most of the names on the list belong to long-time residents and families of the Carrboro area. Given the significant number of volunteer members in 1927, the department's earliest beginnings are most likely to be found a number of years prior to this.

According to the article in The Chapel Hill Newspaper, the department acquired its first fire truck in 1940, thanks to the efforts of one of its members, Charlie Ragan. He took a 1937 Chevrolet truck and added a pump, ladders, and hose to the vehicle. During the 1940s and following, the fire station was not at its present location, but was located on Lloyd Street, along with town hall.

As the 1950s and 60s progressed, Carrboro continued its volunteer firefighting tradition. In addition to fighting fires in Carrboro and Orange County, the department also helped out the Chapel Hill Fire Department when called upon. In the early 1960s the department moved from its Lloyd Street location to its present home at 301 W. Main Street, right next to town hall. Along with the police department, the fire department occupied part of Carrboro's old school. In fact, you can still see the former stage area of the old school's cafetorium in the current station's training room and kitchen areas.

In the mid-1970s the fire department hired its first career firefighters. Fire Chief Robert Swiger was the first career member of the department. In July of 1975 Chief Swiger oversaw the hiring of Fire Marshall Robert "Bookie" Williams Jr., and 3 fire drivers: Tommy Roberts (Also known as T-Bone), Lester Hill, and Tommie Joe Ragan (Better known as Peter Rabbit). The equipment available to the first career firefighters in Carrboro had improved somewhat from the early days! Along with new personnel, the department purchased several apparatus during this time. Here is some more information about the apparatus from that time period:

- Engine-1: 1977 Hendrickson/Howe pumper. This engine, as pictured above, was one of the department's trucks from that time. Responded to incidents in the city limits. After serving as one of the front-line apparatus for many years this truck became a reserve truck until it was replaced in 2007. That is 30 years of service to the town!

- Engine-2: 1974 Ford pumper. Responded to incidents in the county and South Orange Fire District. Served as the reserve engine for the fire-rescue department until it was replaced in 1999. It was donated to a small department in Virginia.

- Engine-3: 1967 Ford pumper. Responded to incidents in the city limits with Engine-1. This truck was donated to the Stem (Granville County) Fire Department in 1991.

- Tanker-1: 1969 Ford Tanker. Responded to incidents in the county and South Orange Fire District with Engine-2.

The 1980s brought a number of changes and growth to the Carrboro Fire-Rescue Department. In 1979, major renovation and expansion to the fire station was begun. A completely new, 6-bay apparatus area was added to the now small station shared by the fire and police departments. The new station was dedicated in 1981, and it is the one presently used by the department. See a picture of construction work from that time. In 1985 the department purchased its first ladder truck. It was a 1955 American LaFrance ladder truck with an 85' stick. The truck was purchased from the Charlotte Fire Department and underwent extensive refurbishment prior to service in Carrboro.

Like the rest of North Carolina, as the 1990s progressed Carrboro began to grow and change as a community. Research Triangle Park and the University of North Carolina at Chapel Hill spurred growth on in the area, and the busy, hectic lifestyles of the professionals moving into the community afforded little opportunity for them to volunteer with the fire department. Consequently, over the course of the 1990s the department gradually transitioned to becoming the all-career department it is now. Also, in August 1990 the department purchased a 1990 E-1 ladder truck with a 75' stick to replace the 1955 LaFrance. This truck was a front-line truck until 2009 and still serves as the reserve ladder truck for the department. It is currently located at Fire Station 2. During a recent UL inspection, the inspector stated that the ladder was one of the best maintained ladders he had seen, even after almost 25 years of service!

Today, the department has a staff of 37 persons. We have a fire chief, deputy chief/fire marshal, training captain, 3 fire captains, 6 lieutenants, 9 fire drivers, 15 firefighter/relief drivers, and 1 administrative support position. Fire Station 2, Carrboro's second station, opened September 4th, 2010 and is located off Homestead Road. This station will certainly continue the rich and proud tradition of the Carrboro Fire-Rescue Department for all of its members and the community at large.

Does your department check and install car seats for children?

Yes! Due to COVID-19 are currently inspecting and installing car seats for children on an appointment basis. Fill out the Child Passenger Safety Inspection Request form to schedule an appointment, or visit our Child Car Seat Installation page for more information. 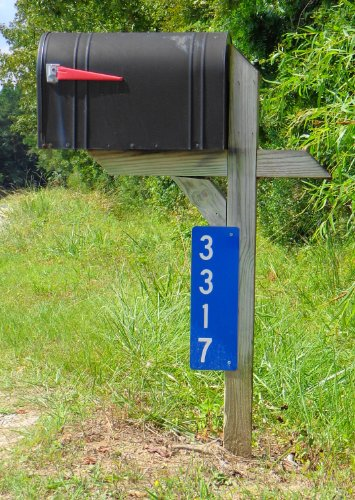 Does your department check and install smoke alarms and/or carbon monoxide detectors?

As a part of our Community Risk Reduction program the Fire-Rescue Department installs smoke and carbon monoxide alarms for residents of Carrboro and the South Orange Fire District. Smoke alarms provide early notifications increasing the likelihood that you and your family will be able to escape if there is a fire in your home. Submit this form to schedule installation or inspection of a smoke or carbon monoxide alarm.

How can I apply for a fire prevention permit?

The Carrboro Fire-Rescue Department issues construction and operational permits in accordance with applicable state laws and the currently adopted edition of the North Carolina Fire Code. For more information regarding permits, reference Section 105 of the North Carolina Fire Code and in Chapter 12, Article II, Section 12-10 of the Town Code. You can apply for a fire prevention permit by submitting this form.

Reminder: Any plans for review (electrical, remodeling, fire alarm, sprinkler system) should be submitted to Town of Carrboro Planning, Zoning, and Inspections through PIPER prior to contacting the Fire-Rescue Department.

How to I schedule a fire prevention education event or fire station tour? Birthday Party? Other events?

We regularly give station tours and safety talks to all types of groups, both formal and informal. Some of the groups we have had come through in the past include school classes, girl scouts, boy scouts, church groups, day care groups, after school programs, summer camp groups, home school students, and many individuals. Use this form to request a fire station tour.

If you are planning a community block party or birthday party our department will stop by during the event with a fire truck for all to see up close - both adults and children. We can show and explain the use and importance of the many pieces of equipment, display our gear, discuss fire safety topics, and distribute fire safety information. Use this form to request the department come out to your birthday or block party.